Welcome to Unsustainable - our weekly look at skaters performing at unsustainable levels. Below, you'll find a data table with an emphasis on shooting percentages. What we know, from years and years of data, is that it is unlikely that a player can maintain a shooting percentage that deviates significantly from his career numbers for long amounts of time (which translates to lots of shots).

The aim of this weekly article is to highlight players, that the data suggests, are playing at levels inconsistent with their actual talent. The last column (Dev) measures the deviation from career levels. As a fantasy hockey manager (at least one in a league that emphasizes goal scoring), you could interpret this data as a player's trade value. Today's article will include the requirements that a player has taken at least 40 shots on goal and has a deviation of at least 50% from his career numbers.

S/GP
Shots on goal per game 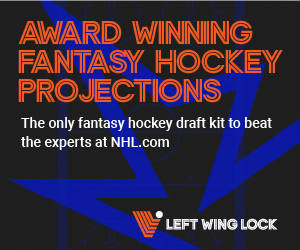